Fockea is a genus name for 6 succulent scrubs native to southern Africa. In the succulent world, this plant is a relatively new member of the family. However, it has more than an interesting history. Fockea capensis is established as a single species in 1838. It’s based on a specimen cultivated at the Schönbrunn Garden at SchönbrunnPalace in Vienna, Austria. This succulent is famous for being the world’s oldest potted plant, still living since 1786, when explorers send by Emperor Joseph II of Austria collected it in the Cape Colony. 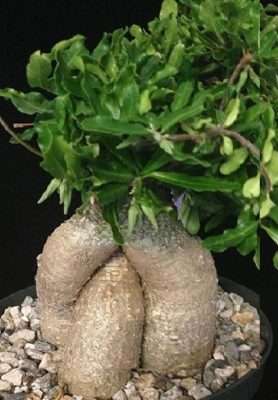 Fockeas have large tuberous roots. In native lands of Africa, tubers and sometimes other parts of the plant are eaten. Tubers are spongy and their main purpose is to collect water during the raining season. Fockeas than store the water in tubers to use them in the dry season. Because of that, some Fockeas found in the wild can weight up to 100 pounds (45 kg). Fockeas love the company, so they grow in the shade of trees and bushes. While they`re reaching maturity, these plants send up tweening, straggling or erect areal stems. These stems can become so dense they sometimes strangle the supporting shrub to death. On the contrary, when there is not so much rain, Fockeas can be hard to spot, as they drop their branches and leaves and remain mostly underground.

Leaves of this succulent come in many shapes. Some Fockeas have leaves with entire and flat margins, while others have strongly crisped ones. Flowers are usually greenish-white, typically regular and nearly impossible to see. However, there are some members with really showy flowers.

Fockeas are pretty easy to grow in cultivation. They need rich, well-draining soil combined with warm and dry surroundings during winter months. When it comes to light needs, this succulent can tolerate full sun as long as its rays don’t fall directly on the plant during the hottest part of the day. Just to be sure, its best to place your Fockea in partial shade.

The best surface for planting this succulent is compost. It can also benefit from some kind of support. Support needs to be as large as possible because foliage tends to outgrow its support. Also, the pot you plan to plant your Fockea needs to be deep enough to leave a space for a rich root system.

Tubers will grow faster if they’re buried in the soil. You can always remove soil partly for the showing of the plant. To be sure your succulent gets all of the nutrition it needs, add some high nitrogen fertilizer during the growing season. Being mostly buried in the soil, tubers aren’t sensitive to rotting as much, but they can suddenly collapse.

For a proper watering schedule, keep an eye on tubers and their shape. If the plant isn’t getting enough water, the tubers will shrivel. For the best result, you should water Fockea once a week, from spring to fall.

Fockeas tend to attract whiteflies. To make sure your succulent doesn’t have pests infection, spray it periodically with some insecticide or fumigation. Also, you should watch out for the mice, as they like to use Fockea tubers for a snack. 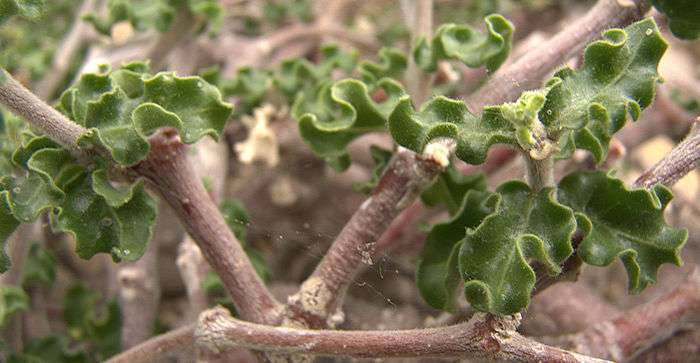 Fockeas are easily propagated from the fresh seeds. These succulents are dioecious, which means both male and female plants need to produce seeds. To help speed up growing from the seeds, you can repot frequently and raise the tubers. Propagation from the cuttings is nearly impossible.