Aloe and Agave are two different genera of drought-tolerate succulents. If you had a chance to see them together, especially while they are young, you know how easy it is to confuse these two succulents. They have pretty similar appearances and care needs. Those similarities are cased by both succulents being adapted to hot and dry climates. Still, Aloe and Agave are not closely related and the similar climates they are native to are in different hemispheres of the world. 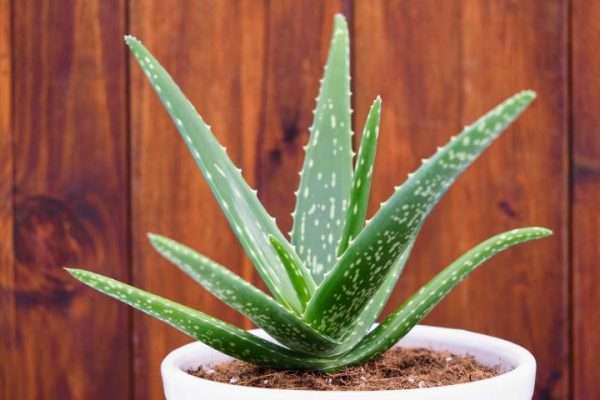 These Succulents Have Different Origins

Aloe is known as the “Old World” plant. It’s native to sub-Saharan Africa, the Saudi Arabian Peninsula, and Madagascar. Later in history, Aloe spread along the coast of the Mediterranean all the way to South Africa. Although you may know that Aloe grows wild in the southwestern United States, it’s still growing as introduced species and not a native one. On the other hand, Agave is a “New World” plant. Its origins in Mexico and American Southwest. Today Agave is extended from Utah to northern South America. It grows in deserts, arid grasslands, and oak-pine woodlands.

Aloe belongs to the family of Asphodelaceae. Members of this genus have rosette patterns made of fleshy leaves. Likewise, Agave also has flashy leaves arranged in a rosette pattern. However, Agave is a member of the Asparagaceae family.

Similar Form May Confuse You

You probably already know how it’s easy to confuse Aloe and Agave, especially at first glance. Still, there are some typical physical differences that can help you tell these two succulents apart. First, Agave is larger and spinier than Aloe. Agave has spines that are often painfully sharp. On the contrary, specific “teeth” that sometimes cover Aloe leaves are usually soft to the touch. If you still not sure about what succulent you`re looking at, try snaping the leaf in two. One from Aloe will break easily, giving you access to the gel stored inside. Agave leaves will be extremely fibrous with sharp shears that require you to cut them. 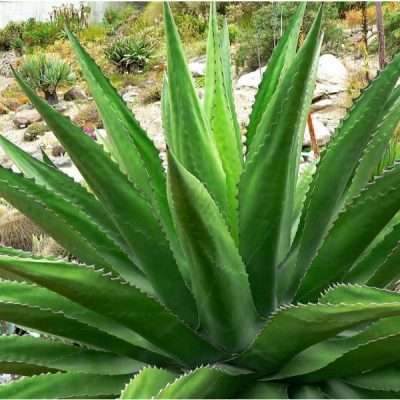 Aloe blooms with tubular flowers growing in clusters at the top of the long stalks. Flowers typically appear in spring or summer in color range from creamy white to orange, bright red or purple.

Agave too blooms with flowers atop long stalk that grows from the center of the rosette. This flowering structure is called inflorescence and is often bigger than a plant itself. It carries a bushy grouping of flowers at the top. The amount of energy Agave needs to produce inflorescence is massive. Therefore expanding it typically kills the plant. That means Agave literally flower itself to death. Because of that, Agave flower only once in their lives,  typically after 10 to 30 years. However, sometimes they live much longer and produce flowers later in life, which gained them a nickname “Century Plant”.