After cold winter months and with spring right around the corner, we`re all craving a little color. Therefore, this time of the year is perfect for getting your hands on some new, colorful species of succulent that will bring the freshness to your home and garden. In order to or you to get inspired, we bring you Aeonium “Kiwi”.

This cute, colorful succulent is thought to be a hybrid of Aeonium haworthii, so succulent collectors also call it Aeonium haworthii “tricolor”. This is one of the most popular succulents among both newbies and experienced growers due to its beautiful appearance.

Aeonium “Kiwi”– What The Fuzz Is All About? 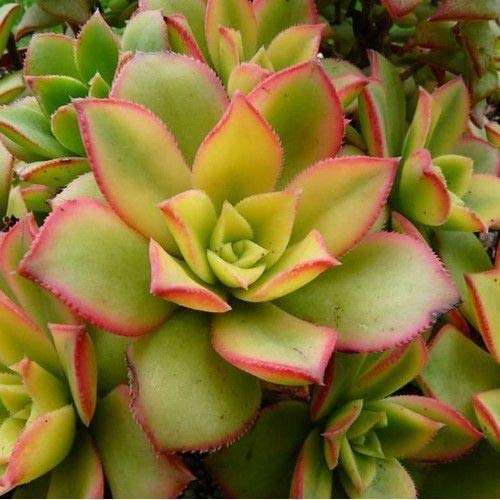 Aeonium “Kiwi” is a slow-growing succulent that forms an amazing shrub rosettes. It can grow up to 3 feet (90 cm) tall and about the same in diameter. Variegated rosettes grow up to 5 inches (12.5 cm) in diameter. Aeonium “Kiwi” has fleshy, spoon-shaped leaves with little spikes on edges. The color of the leaves is what helps this succulent steal the show. They are yellowish-green in the center and transforming into darker, but still fresh green toward the edges. Leave edges are covered in bright pink or red bands.

Aeonium “Kiwi” is a summer bloomer. It has large, star-shaped, yellow flowers appearing in clusters. This breathtaking, colorful succulent is a monocarp. It means it will die once the blooming is over. However, you can take offsets or cuttings before that and ensure yourself a new plant for the next season.

Unlike most of the other succulents, Aeonium “Kiwi” is not a fan of hot and dry weather. It actually goes dormant as soon as temperatures get really high. Also, Aeonium “Kiwi” will curl up its leaves in the summer to prevent losing too much water. This succulent is actively growing from winter to spring. This is the time you’ll need to water it most.

Aeonium “Kiwi” needs a bit more water than most of the other succulents. However, in order not to overwater it, stick to a once-per-week schedule. During the summer, add a few drops just in case temperatures get extreme. Otherway, it doesn’t need water at all during the dormant period.

When it comes to lighting needs, you’ll need to be careful where you’re planting your Aeonium “Kiwi”. It needs sun to get those beautiful, bright colors, but for just a couple of hours per day. If you leave it in direct sun, it will get sunburned quite easily. This is why Aeonium “Kiwi” really thrives indoors. You can put it in a bright area, like near the brightest window in a house, but it’s crucial that it gets some partial shade during the day. 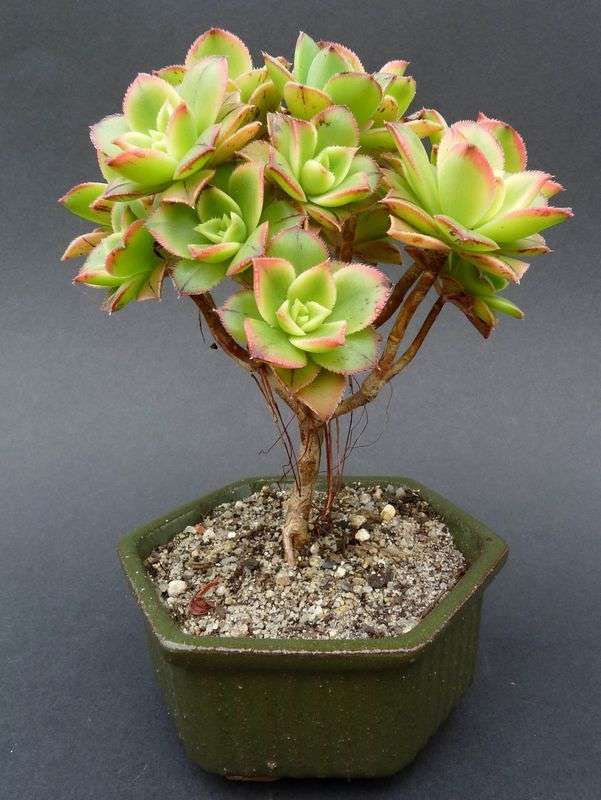 Aeonium “Kiwi” needs well-draining soil. This succulent does like its moist, but don’t overdo that. For perfect soil conditions, you can mix a regular succulent or cacti soil mix with some extra sand, gravel or perlite. It will provide better drainage and airflow around the roots.

As monocarp, Aeonium “Kiwi” will die off after its done blooming. However, it will send off many offsets before that, so you can easily propagate and have new plants for the next season. Offsets are small and they sprout around the base of the plant. You just have to pull them out, allow them to dry for two days and plant them in a fresh soil mix.

Aeonium “Kiwi” is also easily propagated from cuttings. Just remove the stem from the mother plant with a sterile knife or scissors, let it callus for a few days and place it on well-draining soil. You should water the cutting whenever the soil is dried out. When cutting is ready, just plant it in fresh soil and water it regularly. The best time for propagation is fall, right before the active growing period starts.